Chris Brown has publicly declared his love for the latest woman in his life.

Ammika Harris, who people say bears a striking resemblance to Chris Brown’s ex, Karrueche Tran, shared a photo of herself online and Chris Brown commented, claiming her as his.

And she replied: “@chrisbrownofficial Yours ONLY!” 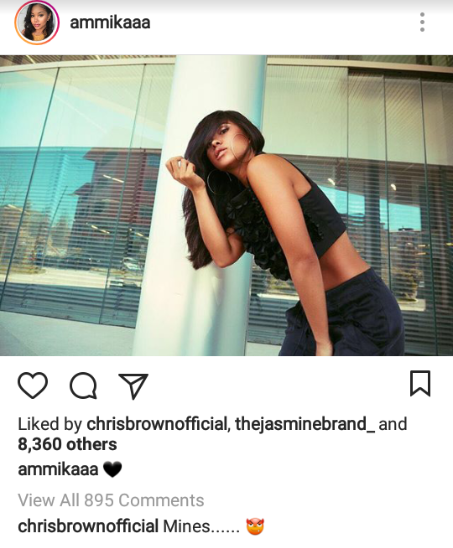