The Osun State Government has disbursed a whooping N19.8‎ billion for the payment of salaries of staff and pensioners in the state.

‎This huge amount, according to the Commissioner for Finance, Mr. Bola Oyebamiji, covers the full salaries of August 2018, backlog of the salaries and pensions of September to December 2015‎ and leave bonuses. 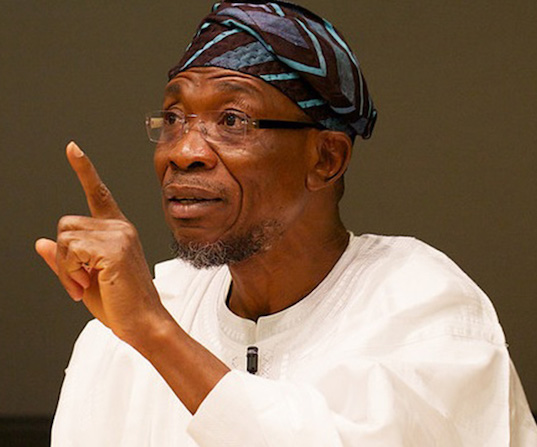 Oyebamiji revealed that Governor Rauf Aregbesola gave the directive after consultation with the labour unions and other stakeholders in the state.

He stated this Thursday while addressing the media at the Ministry of Finance, state Secretariat, Osogbo.

Oyebamiji disclosed that the payment was made with the N16.6 billion latest Paris Club refunds received by the state from the federal government.

He said the state added N3 billion accrued from other sources to the Paris Club refunds to ensure the payment.

The commissioner said this is not the first time the Aregbesola administration will commit such lump sums received from the federal government to pay salaries and pensions of workers.

“Since the commencement of the Aregbesola administration in November 2010, salaries, pensions and workers’ emoluments had taken not less than 80 per cent of the total revenue of the state. Indeed, a sizeable portion of the state’s debt was incurred on salaries.

“When the administration came, monthly workers’ salaries was N1.4 billion, while pensions was N200 million. However, with the increase of minimum wage from N9,000 to N19,000 and hiking of monthly pensions to N500 million, monthly salaries and pensions rose to N3.6 billion.

According to the commissioner, the decline in oil revenue had affected revenue accruing to the state from the Federation Account which in turn affected workers across the states of the federation.

He noted further that the option available to the government was to rightsize the workforce of the state, but consultation with labour leaders and stakeholders under the leadership of veteran labour leader, Hassan Sunmonu, came up with an ingenuous arrangement of modulated salary whereby workers on grade level 1-7 were paid full salaries, levels 8-12 were put on 75 per cent, while level 12 and above received 50 per cent of their salaries.

Oyebamiji added that the modulated salary sustained the state till July this year when rise in oil price led to an increase in revenue to the state and the state promptly responded by resuming payment of full salaries for the month of July.

“For the second month, we have now paid full salaries to all our workers. It is my hope and prayers that this will be sustained, and we will never have cause to modulate workers salaries in Osun again. ‎

“Therefore, on behalf of Governor Rauf Aregbesola, I will like to commend and thank all the workers in Osun for their sacrifice, resilience and unflinching support to the government and dedication to duty, even in the midst of daunting challenges. I have no doubt that workers, in their demonstrable good nature and Omoluabi spirit, will reciprocate this good gesture from the government,” Oyebamiji said.